The tertiary sector union is facing a major rift between academic and administrative staff over an in-principle national agreement to cut university pay by up to 15 per cent to avoid mass job losses.

The National Tertiary Education Union (NTEU) announced the “national jobs protection framework” on Wednesday following weeks of negotiation with universities, as the sector faces revenue losses of as much as $5 billion because of a collapse in international student enrolments.

However, the Community and Public Sector Union, which represents non-academic staff, is furious over the deal as it says it places the burden on its members and has accused the NTEU of negotiating “behind closed doors”.

Some NTEU members are also opposing the framework, which still needs to be voted on by employees as variations to enterprise agreements.

The framework would mean hard-hit universities can temporarily pay permanent staff 90 per cent to 95 per cent of their salaries for a year, and, in the worst cases, just 85 per cent.

“In the absence of a properly funded federal crisis package our union has intervened to put income security and fairness at the centre of a national response,” she said.

“Without this agreement, we faced mass sackings which would have seen careers derailed and livelihoods destroyed.”

However, CPSU NSW assistant secretary Troy Wright, representing administrative staff, student services and librarians, said “the only thing it secures is an easy way for employers to foist a pay cut on workers”.

“It leaves the lowest paid staff, the people who are actually keeping these universities running, out in the cold,” he said.

“A 15 percent wage cut may only be a haircut for high-paid academics, but for the professional staff of universities it is a life-altering cut to their pay packet.”

He said the CPSU had been negotiating alternatives to pay cuts at an individual university level, such as by reducing travel allowances, taking one week of annual leave or cutting contingent labour.

“Rather than going on a case-by-case basis to find savings and compromises, this is a knee-jerk response which leaves workers worse off,” Mr Wright said.

The jobs framework was made in part because the university sector is not able to meet the threshold for JobKeeper payments.

It follows La Trobe University vice-chancellor John Dewar telling staff on Tuesday that significant reductions in international students had created a $33-$66 million budget gap – the financial equivalent of 200 to 400 jobs – and that gap could more than double next year.

Australian Higher Education Industrial Association executive director Stuart Robert said individual universities would need to “look at the detail of what has been agreed” in the framework.

“All universities have been very hard hit by the impact of COVID-19, and they need to work out whether the package is going to assist them to make the financial savings that they now need to make.”

The framework exempts casuals and those in financial distress from pay cuts and requires vice-chancellors and executives to take “more substantial” pay cuts than staff.

Universities would be able to reduce staff hours by up to 10 per cent, meaning a nine-day fortnight, but only as long as workloads are reduced accordingly. Staff could also not be stood down without pay unless there was agreement.

NTEU members at University of Sydney, Victoria University and University of Melbourne have expressed concerns about the union offering pay concessions to employers and groups are understood to be organising no votes to the deal.

Dr Barnes said the framework “enshrines the voice and input of staff at both a national and local level”. 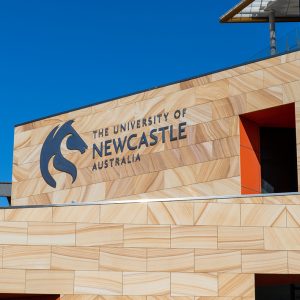 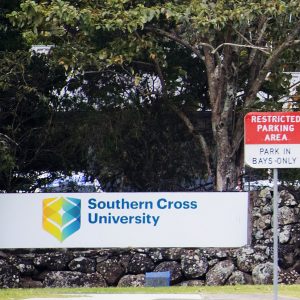