There is power in a union

As a memorable 2021 draws to a close I thought it was important all members hear what our union, the PSA/CPSU NSW, and its delegates and members have been fighting for in the workplace.

Firstly, I’d like to acknowledge and thank everyone who replied to my previous email, Winning for you. Since it was sent, I have spoken to a lot of members and the industrial teams have taken on other matters members have brought to my attention. I am here to support all members and will continue to do so.

Some of our wins in the final few weeks of the year include:

Members, delegates and staff worked together to force the NSW Police Force to abandon its plans to move 70 Radio Operator jobs from Penrith to Surry Hills, 70km to the east. The PSA blitzed local and state media, highlighting the effect the decision would have on staff and police operations, getting favourable coverage from Ray Hadley and The Daily Telegraph.

Serco may not want to talk to us, but the Fair Work Commission says otherwise. After six months and extended arguments and applications at the Commission, the CPSU NSW was successful in November in winning a majority support determination allowing us to enterprise bargain on behalf of Correctional Supervisors employed at Serco’s Clarence Correctional Centre.

Three PSA members at the Office of Sport were awarded substantial back payments after discovering they had been paid incorrectly for years. After the PSA took up the members’ case, the Office of Sport accepted the three employees were eligible for payment at overtime rates for additional hours that were worked whilst rostered. Six years of underpayment converted to more than $20,000 each for some members. Remember, if you have any concerns about your pay, you should contact your union.

A member at icare, worried about her workload, contacted the PSA. She received SafeWork documents and advice about issues such as her position description and duties. The member now has the tools required to properly assess her workload with their manager.

The PSA has been in dispute with the Rural Fire Service (RFS) since October 2019 over its failure to pay employees their award entitlement to a camping allowance while accommodated in base camps. Following a decision of Commissioner Webster in May 2021 in favour of the RFS, the Full Bench of the Industrial Relations Commission has overturned that decision. It found in favour of the PSA and determined that RFS employees are entitled to, among other things, a camping allowance of $34.80 per night. The Full Bench also recommended that the PSA and RFS enter discussions regarding back pay. This is a big win for our hard-working members, particular those frontline workers who kept the state safe during the 2019-2020 bushfire season.

The proposed Australian Unity Enterprise Agreement was approved by 96.3 per cent of those voting. CPSU NSW members, Delegates and staff had fought for months to lock in the best possible outcome for Australian Unity employees. No worker will go backwards on pay and terms and conditions have been secured that will bring together many work groups under the same Enterprise Agreement. The agreement includes regular pay increases, annual leave loading and important increases in various leave entitlements.

With 74 per cent in favour and 26 per cent against, staff of the NSW Aboriginal Land Council have endorsed a new Enterprise Agreement. The package, negotiated by the CPSU NSW and staff representatives, is the result of more than 18 months of bargaining.

The PSA has had a good outcome for Royal Botanic Gardens Herbarium members, who were due to be relocated to Mount Annan on 6 December 2021. The move has now been deferred until 17 January 2022. A courtesy bus will also be provided for staff who catch public transport.

There was a substantial PSA win for causal zoo staff who had been incorrectly paid for a sustained period. Some members received five-figure sums.

Road and Maritime Services employees who have accepted lower-graded roles after the current restructure will receive additional salary maintenance. In addition, due to a dispute we ran earlier this year, unplaced employees will be considered first when they apply for any role in the organisation. Before the dispute, Transport for NSW was not going to give these employees priority in applications.

A member from the Department of Communities and Justice contacted the PSA when they were told they would need to resign their substantive employment to accept a temporary position. Once their union was involved, the incorrect advice was withdrawn.

I’d like to wish all members a Merry Christmas and a Happy New Year. Next year our work together will no doubt yield more winning results for PSA/CPSU NSW members. 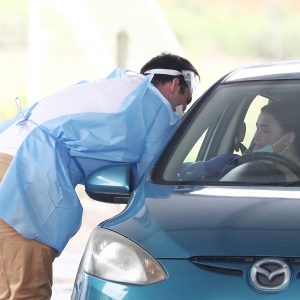 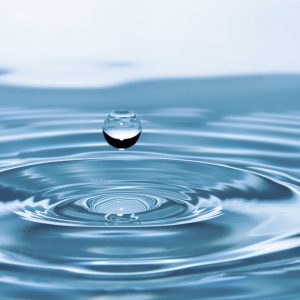 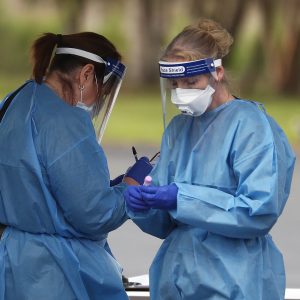